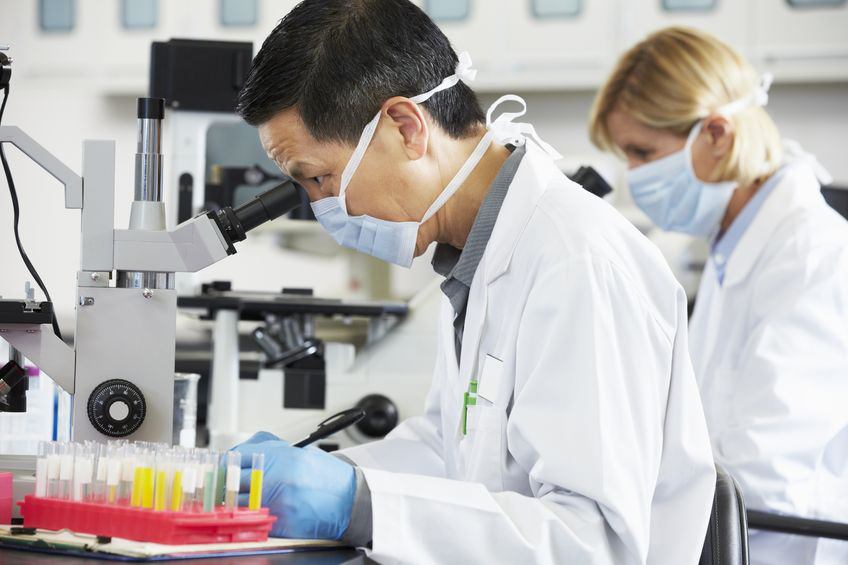 How working as a biologist can be rewarding?.

Careers in the Biological Sciences.

What danger is there to look out for in a lab? 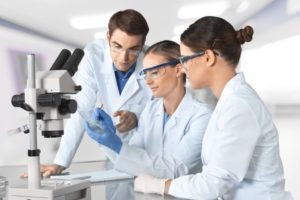 One of the primary dangers of working in a lab is the risk of exposure to the substances that you are working with. Although some substances may be harmful, others could be deadly or have long-lasting consequences. Even seemingly harmful substances (e.g. cotton) can become harmful when exposure is great enough, long lasting enough, or if the substance is airborne in particulate form. Labs should provide workers with personal protective equipment to reduce the likelihood of exposure. There should also be a contingency plan in place if a harmful substance is spilled by accident.
Labs must also be properly ventilated. Not only does poor ventilation increase the risk of scientists developing lung illness, but it also increases the risk from unpredictable chemical reactions. In the past, poor ventilation has led to serious accidents including explosions.
In a laboratory, all substances must be correctly labelled. Even small labelling errors, such as a decimal point showing the incorrect concentration of a substance, can put workers at risk. New lab workers must understand the importance of carefully labelling every single substance.
Scientists and other lab workers can also be put at risk by unsafe electrical equipment in the laboratory. Faulty electrical equipment puts workers at risk from electric shocks and electrical fires. UK regulations suggest that electronic equipment which is in use in a laboratory or office should be regularly tested to ensure that it continues to meet safety standards. Small appliances are normally PAT tested, whereas specialist equipment may need to be tested in a different way.
Scientists and biologists working in labs should also be aware of slip, trip and fall hazards. If anything is spilled and not cleaned up promptly then it can become a major slip hazard. Any items which are dropped onto the floor must be cleaned up immediately to avoid risk.
Heavy machinery which is used in the laboratory can also put scientists at risk if they have not been trained in how to use it. Improper training and use can put everyone in the lab at risk. Heavy machinery can cause crushing, piercing, and cutting injuries, as well as other serious problems.
Biologists who work with animals in their laboratory may also find themselves at risk of injuries which are caused by the animals. To mitigate risks, workers should wear the correct personal protective equipment when they are working with animals and they should be given regular immunization shots to reduce the risks if they are bitten or scratched.
There are many other types of injuries that can happen to scientists, biologists and lab workers. Each lab should do full risk reports to try to reduce the risk to staff members.

If I’m injured in a lab can I claim compensation?

If you are hurt whilst working in a laboratory, you should be able to make a claim for compensation. Most injuries will be covered by your workplace’s insurance provider, so you will be able to make a stress-free claim. In some cases, it may be shown that the employer or building owner was negligent. Their insurance provider may not be willing to cover the cost of the injuries and the claim may go to court. Even if negligence is alleged or proven, this should not affect your ability to make a claim.

How much compensation for an accident at work claim?

The amount of money that you will be able to claim in compensation for your injury will depend on a lot of different factors. If you are working with a solicitor or claims advisor, they will help to advise you of the potential value of your claim. To find out about accident at work claims how much compensation visit this link. This can take into account the extent of your injuries, any loss of current or future earning, any rehabilitation costs, any additional transport fees that you are required to pay as a result of your injuries and any other out-of-pocket costs that you have had to shoulder as a result of your injuries.

Fatal accidents in a lab

Thankfully fatal lab accidents do not occur very often in the United Kingdom. However it only takes a few moments for a seemingly harmless accident to become serious. Laboratory safety in America underwent a drastic rethink after the case of Sheri Sangji. Sangji was using a plastic syringe to transfer a highly reactive chemical from one place to another. When the substance was spilled, it reacted with the air and caught fire quickly. Because Sheri was not wearing the correct personal protective equipment, her clothing quickly caught fire too. Due to the extent of the burns, she died 18 days later. It was noted that if Sheri had been following proper Health and Safety procedure, then she would not have been put at such high risk from the flammable substances that she was using. It was noted during the case that if Sheri Sangji had been provided with a lab coat as part of her job she may not have died.

Why is it important that all biologists get health and safety training? 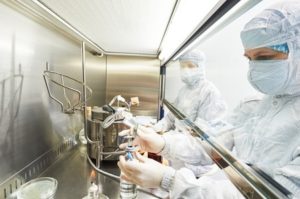 It is essential that all biologists, scientists and lab workers have proper health and safety training so as to minimise the risks that they face in the workplace. As well as helping to protect them, this training can also reduce the likelihood of other people in the laboratory being injured by basic errors. Even when biologists are in training its important that the training centre follows the full HSE standards. With so many different risks in the lab, it is essential that everybody who enters the lab behaves in a way that will minimise the risks.

How Brexit will Affect Biology Employment in the UK

In the past 12 months, there has been a lot of discussion about the potential British exit from the European Union (Brexit). A lot of people may be affected by the proceedings although it is impossible to predict exactly what the outcome will be. Many biologists have concerns about how Brexit will affect them. In the following report, we will consider how Brexit might affect biologists who are working in the United Kingdom.

Funding is a primary concern for many biologists who are working in research and development at UK universities. Although some funding is currently available from UK sources, large amounts of research funding currently come from the European Union. It is unclear as to whether British institutions will be able to continue to have access to this funding. It is possible that UK bioscientists may lose as much as €1bn per annum. Whilst most major European funding bodies have stated that any promised funding will still be fulfilled, they have also advised that British universities will not eligible once the state has left the European Union. Alternative funding sources may need to be found to help to support ongoing research projects. Although international funding may be available from other sources, any external funders can have an effect on the research objectives of a project. It is unlikely that the UK government will be able to match the level of funding which will be lost with the loss of EU membership.

It is likely that there will be a small, but not significant reduction in knowledge-sharing between British and European researchers. Some European scientists may be asked not to share pertinent information with the United Kingdom in the same way that they used to. As the United Kingdom will no longer be involved the major institutions of the European Union, British biologists will not be able to influence any new EU legislation. Many biological issues, such as environmental policies, are cross-border issues, meaning that international co-ordination is appreciated. Although UK scientists may still be consulted, it is likely that they will have less power to shape new policy or bring new issues to the table.

If freedom of movement laws are changed when the UK leaves the EU, it may become harder for European biologists to get roles at British universities or in British businesses. This may mean that departments are not able to recruit the best and brightest scientists. Likewise, British biologists may find it harder to get roles in European universities. Working as part of an international team has been shown to have a positive effect in a research environment. Recruitment and retainment issues could affect the ability of UK institutions to compete on a global scale. On the other hand, changes in migration laws could make it easier for British biologists to get roles within institutions that are closer to home.

Businesses and research departments may be hit by increased costs, due to the fact that a lot of lab equipment, chemicals and biological products which are in use are currently imported from continental Europe. We have already seen increased costs due to turbulent exchange rates; however costs may also change due to the cessation of certain international trade deals. When negotiating new trade deals for the United Kingdom, it is therefore very important that the government considers the needs of the science and technology sector in the country.
At present, there are no certainties about how Brexit will affect the country’s biologists. We must wait and see how the situation pans out.